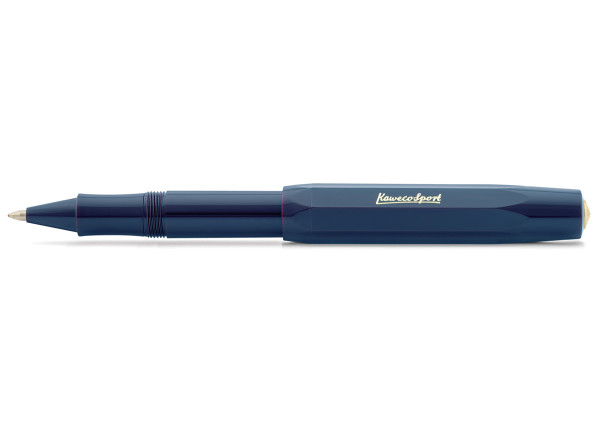 Description Evaluations
Description
There are only a few writing instruments which have been successful in the market for decades... more
Close menu
Kaweco CLASSIC Sport rollerball navy

There are only a few writing instruments which have been successful in the market for decades without big changes. One of them is the Kaweco CLASSIC Sport. It follows the design of the year 1935. Outstanding because of its unique form and size.

The Kaweco CLASSIC Sport is now available in the color Navy. The new look is reminiscent of the conventional navy uniforms, a timeless classic, just like the entire series.

For the Kaweco Rollerball there are the matching G2 Rollerball pen refills here in our shop.

In 1911 something special occurred with the Kaweco Sport. A pocket fountain pen which everyone could carry anywhere. Sepp Herberger already appreciated these characteristics. It was with a Kaweco Sport that the former coach of the German national soccer team wrote on a piece of paper his winning tactics which brought the Germans to the world cup in 1954.