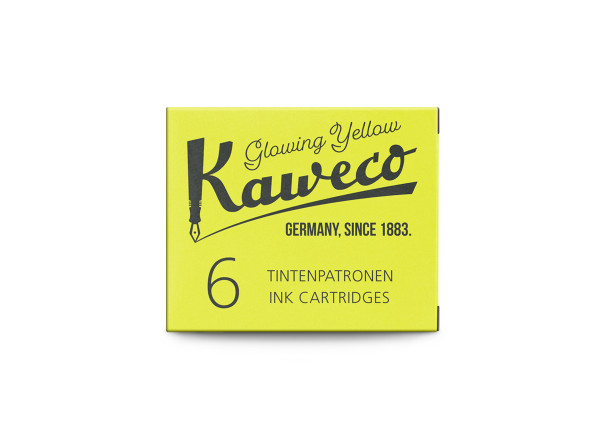 The sixpack of Kaweco highlighter ink cartridges has a beautiful packaging in Retro-Design. The single cartridges are embossed with the Kaweco Logo to show that every piece is a original.